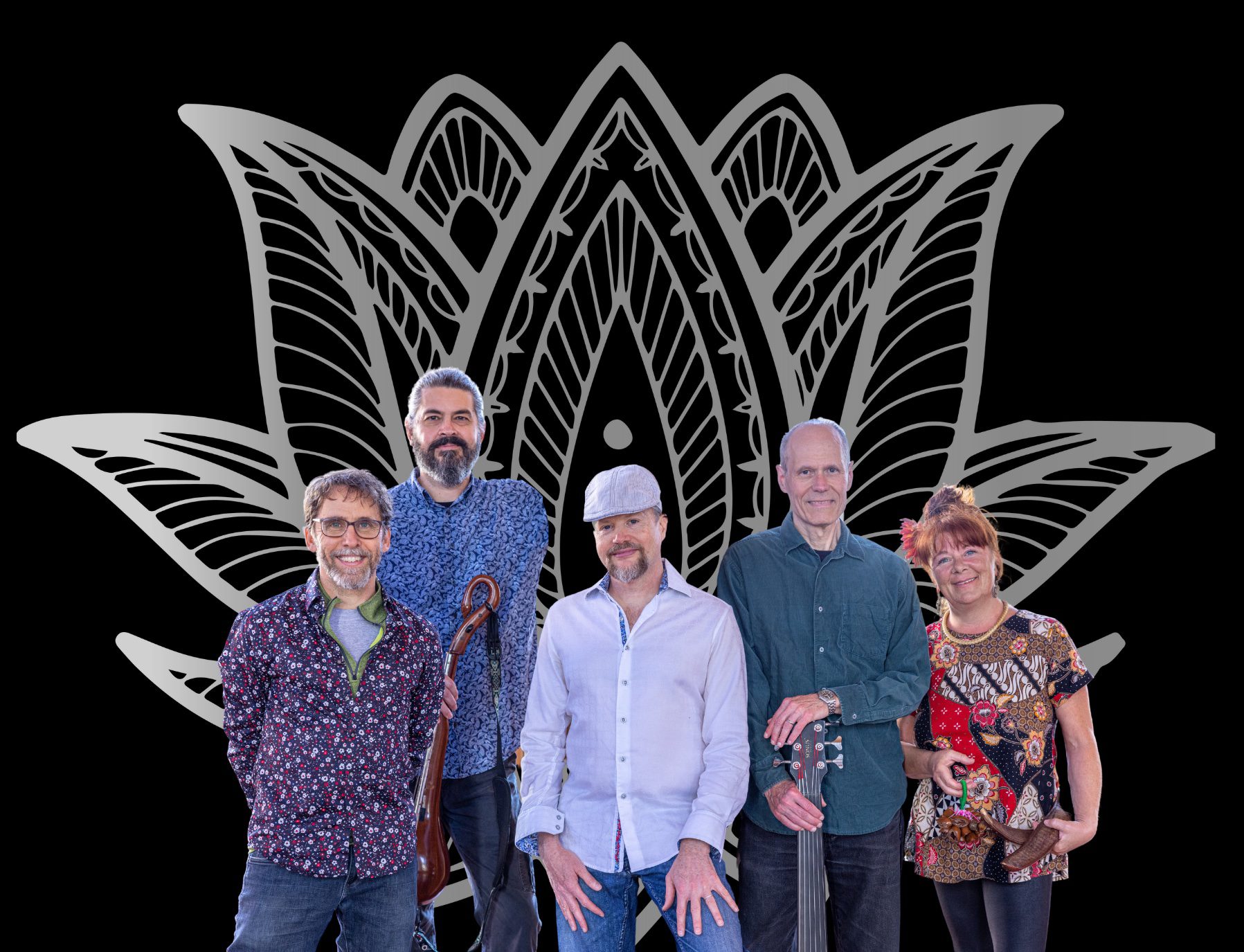 Join us for an evening of interactive, soul-stirring ancient mantras given new voice through dynamic songs that merge conscious lyrics and New Orleans roots, rock, gospel, and world grooves. The band will play favorites from their past albums, including songs from their latest album Mystery, named one of the best albums of the year in Louisiana music by Offbeat Magazine.

“The music of Seán Johnson & The Wild Lotus Band flows from the mystical confluence of the Ganges River and the Mississippi Delta—the deep bhakti tradition of Indian devotional chanting fused with the cultural cross-currents that so enrich the music of their hometown of New Orleans. The yoga community’s much-beloved band evoke, conjure and celebrate that universally felt yet impossible-to-define essence that lies at the heart of all things, what Bob Marley once called “a natural mystic, flowing through the air.” — Alan di Perna

“Their music will ignite the world…a hybrid of East and West that will bring joy to your heart and get your body boogieing.” – Debi Buzil, Yoga Chicago

New Orleans’ Seán Johnson & The Wild Lotus Band create a universal style of cross-cultural spiritual music filtered through the depth, sincerity, and soul of their own American and ancestral roots. Their music merges conscious lyrics, sacred chants from the spiritual traditions of yoga and beyond, and roots, rock, gospel, and global grooves. They are known for creating interactive, soul-stirring songs to dance and sing along with as well as to grieve and heal.

In 2005, Seán founded the band as a post-hurricane Katrina philanthropic music project, raising funds across the country for relief from the devastation of the storm. The theme of searching for grace and inspiration amidst challenge and destruction has permeated their music ever since. In 2007, they released their first album, ‘Calling The Spirits’ which caught the ears of pioneering Canadian record producer Terry McBride, founder of Nettwerk Records and Lilith Fair. McBride signed the band to Nettwerk for the release of their follow-up album, ‘Devaloka.’ When Putumayo World Music founder, Dan Storper heard ‘Devaloka,’ he chose music off the record to be featured on Putumayo’s first compilation of music designed for yoga. Inclusion on three Putumayo albums has helped propel the band’s music to listeners across the globe. Their last album ‘Unity’ debuted #1 on the iTunes World Music Chart and #3 on Billboard. Their new album Mystery was just released on Be Still Records, and was named one of the best 50 albums released by Lousisiana musicians this year by Offbeat Magazine. They are a favorite headliner at conscious music festivals across the U.S. and have played The New Orleans Jazz & Heritage Festival on multiple occasions.

Tonight’s concert will feature the full band of Seán Johnson on vocals and harmonium, Gwendolyn Colman on percussion and vocals, Alvin Young on guitar and 6 string fretless bass, Narada Wise on drums, and multi-instrumentalist Chris Rosser on bass, guitar, keyboards, oud, and dotar.